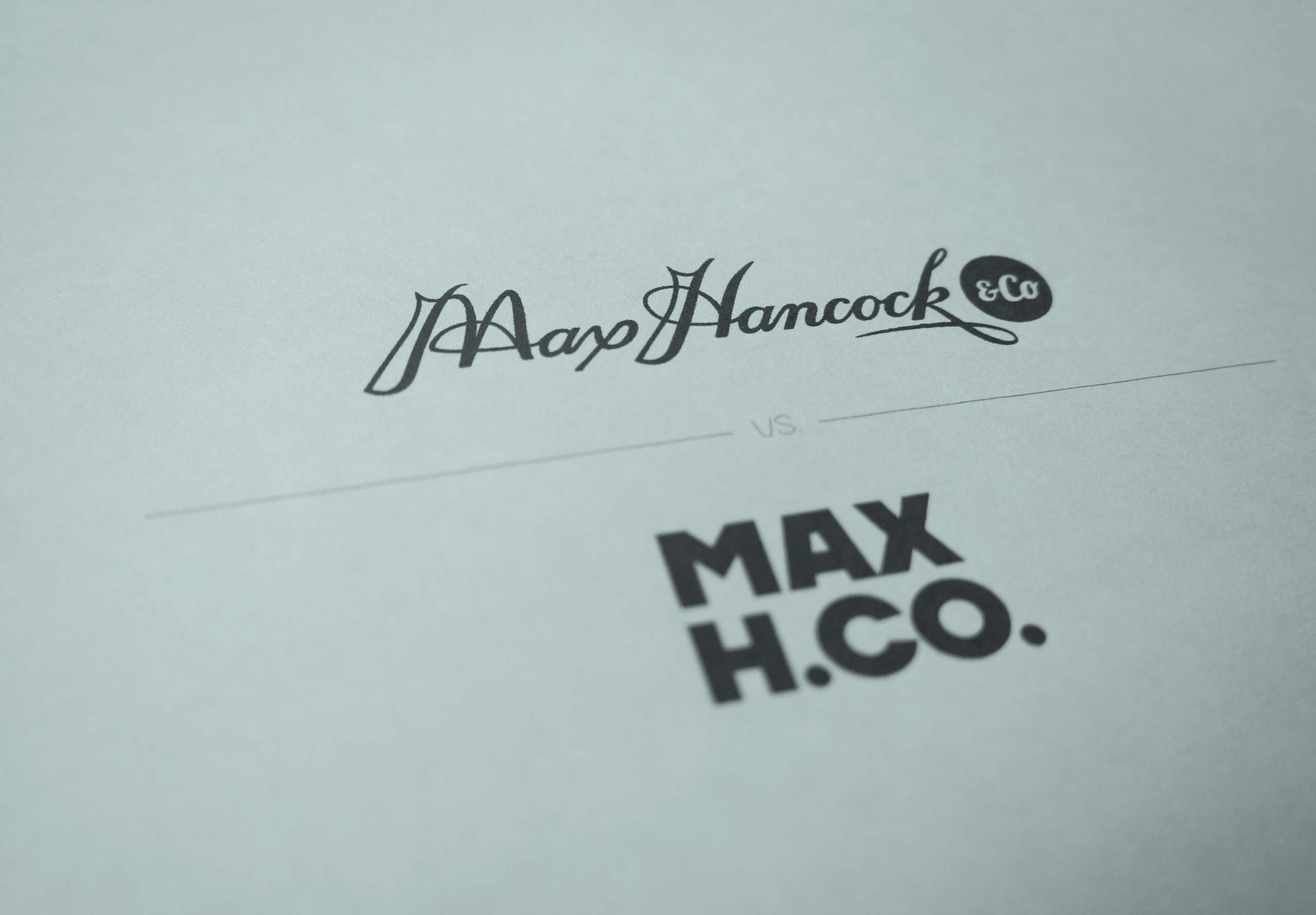 Today I am retiring my old logo for a new one. The old one served me well, but it’s time to have a logo is from the 21st century rather than the 18th.

The story behind the old logo

Originally the logo comes from an article I wrote about the different types of logos in design, and in that, I provided samples of logos, most of which I made. And in one of the examples was a handwritten logo which was adapted from the John Hancock logo.

When I left Threespot, I decided that I won’t work at another company again for a while (a long while!), and decided to work as a freelancer. It was time to build a new website and new identity. It was important for me to not come across as a company, but instead as a sole propriator– a one man band. I thought about what I could do and thought about that one logo I made many years ago. It was funny and ironic and personal enough that it would work. It was perfect for the time.

As I was becoming more established, and as I started to take on a greater variety of work and larger projects, it was important for me to look modern and more adaptable. Let me explain. I was all about interactive design and precision back then, and the old logo worked for that. When I started freelancing again, I needed a logo that reflected the type of work I’m doing today. I ‘m working on all sorts of creative projects now. I needed a logo that works well with any kind of work, and I think this new one does exactly that.

The new logo is geometric and modern, and therefore more versatile. It works better within a square. It works well with both design and illustration work. What I also like about the change is that it takes the ‘cock’ out of my logo. I mean, ‘Max Hancock’ is quite a fluffy name, and when it’s sprawled out across a masthead, it’s just a bit too much. So the abbreviated logo was a great step forward in my opinion. Besides, who’s going to argue with me?

What prompted me to change it?

Things change. Realize it and move forward with something new.

I did an interview with Sessions College where I give advice to students. I said one thing there that I thought was pretty good advice, it was about changing with the times. Taking my own advice, I realized it was time to change my personal style and identity.

By the way, you can see the full interview here:

This site uses Akismet to reduce spam. Learn how your comment data is processed.